Polycystic Ovarian Syndrome is the common hormonal disorder, in fact one in ten women probably have it in the US. When diagnosing females with PCOS, doctors look for irregular periods, androgen, and polycystic ovaries. Females with PCOS usually face acne, excessive hairs, and weight gain leading to obesity. Actually, getting pregnant with PCOS is quite challenging because there is currently no cure for PCOS. However, there’re many ways to manage and decrease the symptoms. 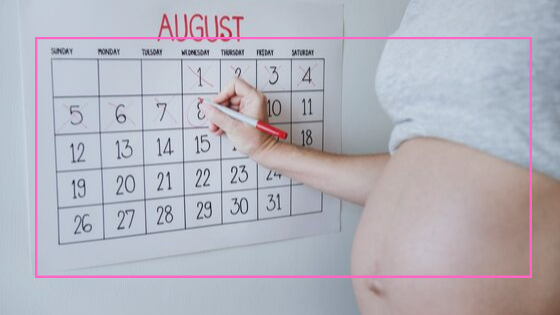 Females with PCOS sometimes have distended ovaries with follicles which are small collection of fluids. Fibroids are the noncancerous growths and it consist muscle cells and fibrous tissue that might grow in female uterus. It’s assessed that PCOS affect among 8% and 20% of women of reproductive age around the world. Females with PCOS find difficulty to conceive due to less ovulation and menstruation.

If you are planning to conceive but you have PCOS, then getting pregnant with PCOS might be a challenge for you. According to a research, PCOS leave the impacts on 5 to 10% of young female in their conceiving age. PCOS might produce excess hormones in female body. If you conceive with PCOS, then a proper consultation of doctor is required because there’re risk of difficulties during PCOS pregnancy like miscarriage, gestational diabetes, premature birth etc.

Symptoms of the PCOS

PCOS is actually a sequence of indications and symptoms which occurs because of excess male hormones in females. The prominent signs of this disorder include:

READ:  IUI: About the Risks And The Success Rates!

Natural Methods to Getting Pregnant with PCOS

Many scientific methods have been applied to treat PCOS. However, neither one has been completely successful treating all women. Due to which, natural procedures and remedies are considered helpful. So, getting pregnant with PCOS is not much difficult.

Half of the females who face PCOS are obese. It is the major reason for this syndrome. If you’re overweight, lowering your body weight might stimulate the ovulation. So, it means there’re higher chances to getting pregnant. Excess weight causes insulin resistance and additional androgen production.

2. Refrain from the Refined Grains and Sugar

Refined grains and sugar might become a reason for resistance to insulin in the body. Leading to poor hormone regulation. It is known that refined, sugar, or not might be highly damaging and entirely cutting it off might be beneficial for ladies with PCOS.

Adequate exercise on daily basis is another step that could help coping with PCOS. Regular Exercising shows the results in a weight reduction. So, it will regulate your hormonal system. Exercising might also help with mental and cardiovascular problems.

While the chemicals are hazard for everyone they are especially bad for persons with health issue. Factories preserve all food by using the chemicals. So, cutting them from the diet routine is the convenient solution.

Going on a healthy diet is truly significant for the purpose of hormone regulation in the body. A healthy and pure diet should include a good amount of healthy cholesterol. And is free from any processed food including coconut oil, tallow, olive oil, and butter etc.

READ:  Are You in Need of A PCOS Diet Plan?

Most of animal meat and products are not fully organic and are usually given hormone shoots. Eating them might boost up the already excessive number of the hormones in your system.

Scientific Ways to Getting Pregnant with PCOS

There are many scientific methods to getting pregnant with PCOS, some of these are given below:

“In-vitro maturation” is the effective solution to getting pregnant with PCOS. Females with PCOS are the main contenders for this process. As they’ve many little immature follicles that may result to immature eggs. This method goes ahead and harvest these immature eggs, eliminate them and then make them mature in a Petri dish.

IVM requires less hormone medication than traditional IVF for PCOS patients that means lower the chances of common complications like “Ovarian Hyperstimulation Syndrome”. All they do is to prepare the female endometrium for imbedding with hormones, to basically estrogen hormones to prime all lining. But its purpose is to ready female uterus for the purpose of implantation of the embryos.

Ovarian drilling, a classical procedure that was done in early treatment of PCOS. These little eggs that are building up in the ovary and somehow not being capable to be released. So, it was thought that by perforating holes in these cysts that it would help them to release and make the ovary more able to ovulate.

Infect PCOS is the metabolic or endocrine problem and by doing the drilling, it actually did make the hormones better. It did lower the testosterone and make female ovary more sensitive to ovulation only transiently. It will only stay for some months and then as the vicious cycle gets worse again, it goes back to the normal levels. So, there pregnancies will occur.

The main problem with this method is that it can cause what has to be done surgically. You’ve to put in via belly button. So that surgeons might look inside and do the ovarian drilling. Then there might be scar tissue that is formed on female ovaries from the procedure itself causing more issues and making it hard to pregnant in near future.

Drug metformin also recognize as Glucophage. Metformin was originally used to treat glucose level. It’s sometimes given to female with PCOS due to both diabetes and PCOS share the same underlying cause which is insulin resistance. More Insulin production results to a disproportion of hormones especially sex hormones. Metformin could improve your body’s response to insulin at the cellular level. So, our body produces less insulin which can stabilize our hormonal levels and lower blood sugar. Women who us drug metformin for PCOS might see visible change in their symptoms like weight gain, hirsutism, and irregular periods.

There’re many reactions of Metformin. We might have digestive disturbances such as abdominal cramps, stomach pain, diarrhea, nausea, vomiting, bloating, and they might be very unpleasant side effects.

Medical study shows that the right diet and hormone balancing exercise are just as effective in lowering blood sugar improving and insulin sensitivity, releasing weight, and balancing hormones. So, you actually have all the power to heal yourself without using metformin. There’re no bad side effects, only good ones.