When you are caught by a severe problem, the doctors are likely to refer you for the blood tests. There are several different types of blood tests. Each type may refer to a different property of blood and associated with various information. Among many tests, one is the MPV blood test. The MPV refers to the mean platelets volume in the blood of a person. Doctors ask for this to determine the average size of the platelets of a person. The results found from this test can be taken as a clue in concern with the production of platelets in bone marrow. Moreover, it also guides about the destruction of platelets due to a reason. 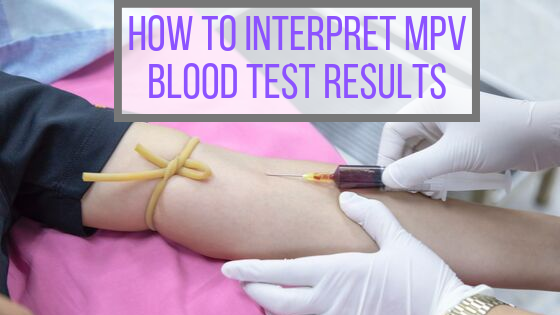 The average MPV of a person is 9.7 fL to 12.8 fL. This size is equal to the spheres which have a diameter of 2.65 to 2.9 micrometer. However, if you have MPV of slightly under 9.7, you must not worry. The normal specified range for the volume of platelets is 7.5 fL to 11.5 fL. If you are confused about the “fL” you should not worry. The fL is a measuring unit which means femtolitre. There are various reasons due to which the normal MPV range differs from person to person. These include the pregnancy, new birth etc. When you go for the test to labs, the laboratory must define the distinctive range of MPV for the person in concern with age and sex.

What if You have Normal MPV Level?

The normal MPV level refers to the fact that the platelets size in a person is average. There is no disturbance in the flow of platelets production and destruction. However, the doctors also look at various other blood count values to determine the results.

READ:  How to Stretch Lower Back to Relieve Pain

What if You have Low MPV Level?

If you have a low MPV level, it means that your bone marrow is not producing enough platelets. Here we mention certain reasons that why a person has low MPV:

What if You have High MPV Level?

In MPV blood test, the high MPV level means that the destruction of platelets is too rapid. There are certain problems due to which the platelets are destroyed quickly. Following are some of them: