Home  »  Entertainment   »   Things You Didn’t Know About the Roses Are Red Poem!

Usually, a poem is used as the best method of portraying and delaying your emotions about something or someone. On special occasions such as birthdays, anniversaries and other such events, people tend to use meaningful poems to say what they want to because they cannot do it with their words. One such poem, that is most commonly used to express the feelings of love is the roses are red, violets are blue poem. Many guys make use of it to indicate to the girl that they like her and then they tend to ask that girl out on a date. 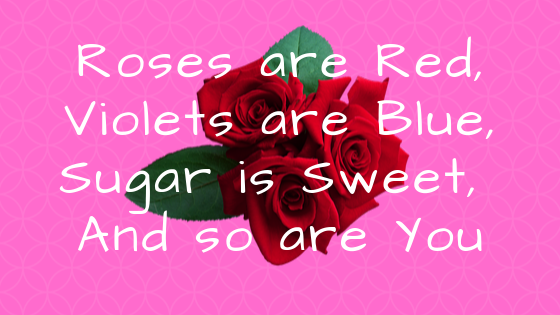 We are all familiar with the poem as it is quite common. The poem goes something like, ‘Roses are red, violets are blue. Sugar is sweet, and so are you.’ There are many other versions of the poems as well where the last two verses of the poems are different. For example, in some cases, instead of using the word sugar to describe sweet, some have used things like honey. However, the use of all the versions of the poems is almost the same.

The History of the Poem

The origins of the roses are red; violets are blue poems can be traced back to the 1590. The verses of this particular poem are believed to have first appeared in the book The Faerie Queen, which was written by Sir Edmund Spenser.

The roses are red, violets are blue poems actually have a number of uses and interpretations! A similar version of the particular poem can also be found in the GammerGurton’s Garland, which is a collection of the nursery rhymes from the 1784. The poem present in this, however, quite resembles the modern day cliché poem for Valentine’s day.

READ:  Good Dares for Truth or Dare: Play It Crazy

Surprisingly, a version of the poem is also present in the book by Victor Hugo, Les Miserables. It is believed that author Victor Hugo was most probably familiar with Sir Edmund Spenser but he might have known about the existence of the English rhyme when he had published his book, Les Miserables. Victor Hugo was not only a novelist, but he was also a poet and so, in the text of the book, there are a number of songs present. One of the character, known as Fantine, sings out verses that are similar to the roses are red poem.

Regardless of the varying history, the poem is used to tell the special someone of how special they are to you. Using the poem will probably make them swoon over you and it will be a good chance to impress them! So, get ready with the poem, the flowers and go ask your other half out!